Nepal a small country bordered with two giant countries is a peaceful country flourished with natural beauty, mixed colored culture and variety of landscape. The history of artistic Nepal begins and center to Kathmandu valley. Nepal was divided in three kingdoms from the 15th century until the 18th century, when it was re-unified under the Shah realm. This democratic country gained its democracy at 20th century when the country was in civil strike and a peace treaty was signed in 2008 and elections were held in the same year.Nepal country of different colored culture and people was the one and only Hindu country before the signing of democracy. Though it has ancient roots, the modern state of Nepal emerged only in the 18th century. Nepal a historic country of brave Gorkha, Mt Everest and many more fascinating symbol of the world is a peaceful country with various history and myth.

Nepal is a country of various cultural people. Beside natural beauty and cultural hospitality, Nepal is famous for its festivals. There are festivals lasting for a month. There are more than 50 festivals celebrated in Nepal. From fixed dated festivals to the astrological festival, this small country shines always in different festivals. Being a multi-cultural country various festivals are celebrated throughout the year. Some of the monthly festivals are listed below.

These are some of the most popular festivals throughout the year celebrated by the Nepalese. Nepal being a mixed cultural country is flourished with cultural programs and rituals we follow. Explore Nepal to enjoy a festival any time in a year you commence.

Nepal is a mixed cultural country and so is the lifestyle of the people. The country is divided into three land topography. Himalayan, hilly and terrai region. Himalayan region people basically follows Buddhism and there lifestyle varies from that of hilly and terrai region people. Himalayan region is filled with Buddhist, Sherpa and Tamang people. Hilly region is the widest region of Nepal. Cultural flourished with mixed people. The inhabitants of Rai, limbu. Brahmins, Chettri and many more. This region of Nepal cherish Dasai, Tihar and other yearly festival. They are mostly Hindu people and cherish their own holy lord and gods. Terrai belt is the plaine region of Nepal. This region is filled with Tharu and other cultural people.

Being a multicultural country cultural practice and lifestyle of the people varies from places to place, house to house. Customs and Culture in Nepal run deep. Some of them you will find interesting, some strange and others beyond logic. But as long as you show respect and warmth to local civilization, willingness to learn and settle into Nepalese ways and values, you will be fine. Commence a tour to Nepal and introduce yourself into the culture and lifestyle of Nepal.

Nepal measures about 800 kilometers along its Himalayan axis by 150 to 250 kilometers across. Nepal is a landlocked country with high Himalayan range and terrai belt.  Nepal has marvelous geographic diversity. It rises from as low as 59 m elevation in the tropical Terai—the northern border of the Gangetic Plain, beyond the everlasting snow line to some 90 peaks over 7,000m including Earth's highest 8,848 m Mount Everest or Sagarmatha. Climatic condition of Nepal varies from region to region. At a same time hilly and Himalaya region of Nepal may face snow fall but terrai region faces rain fall. The year is divided into a wet season from June to September—as summer warmth over Inner Asia creates a low pressure zone that draws in moist air from the Indian Ocean—and a dry season from October to June as cold temperatures in the vast interior creates a high pressure zone causing dry air to flow outward. April and May are months of intense water stress when cumulative effects of the long dry season are exacerbated by temperatures rising over 40 °C (104 °F) in the tropical climate belt. Being a diversified country you may face variety ion climatic condition in different parts of Nepal at the same time.

Nepal is a perfect country for flora and faunas Because of the variance in climate, from tropical to arctic. Stretching from the subtropical forests of the Terai to the great peaks of the Himalayas in the north, Nepal abounds with some of the most spectacular décors with a variety of fauna and flora also supreme elsewhere in the region. Beside land topography and climatic situation there are many national parks and conservation areas who bounds some of the most unique, endangered and fascinating floras and faunas.

The systematic densely forested hills and wide-ranging Dun valleys of the Terai along with other parts of the country, were formerly, renowned for their abundance and variety of wildlife. Nepal is a country flourished with various lush green forest in different region from Himalayan to terrai. Nepal floras and faunas topography can be divided into:

Being a Himalayan country filled with high Himalayas the flora and faunas varies from region to region. Forest that grown in snow to the forest of high temperate region. All the same Nepal is rich into flora and faunas and offers a paradise scenery of beautiful wildlife. 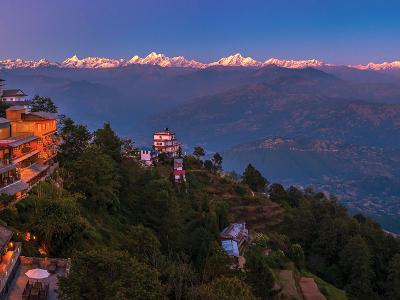 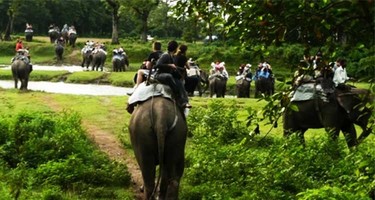 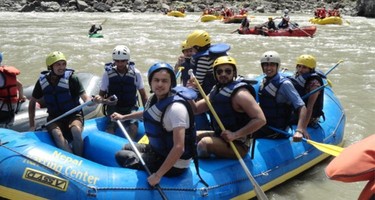 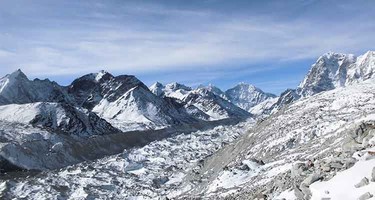 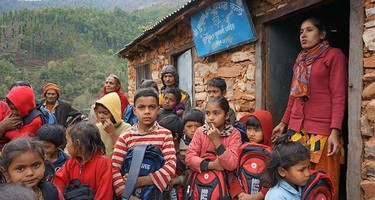 Volunteering and Donation Tour in Nepal 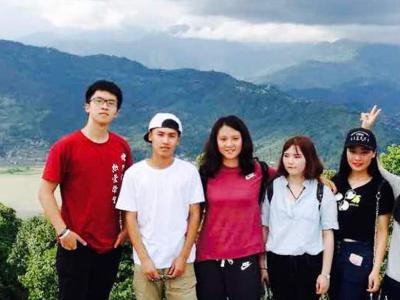 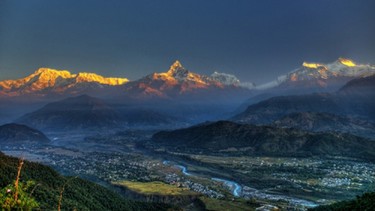